Sign up to receive the latest news, invites to events, and insight from industry leaders.

You can unsubscribe at any time by emailing [email protected]. To read our privacy policy, head here. 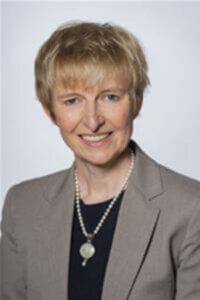 Cllr Caroline Kerr (pictured right) has been elected  the new Leader of the Liberal Democrat Group on the Royal Borough of Kingston’s Council. The Lib Dems are in control of the administration and until now they, and the Council, have both been led by Liz Green.

Cllr Green has tendered her resignation as Leader of the Council, posting her statement on to her Twitter feed (here). The language used suggests that she is taking a step back from her duties, leaving Cllr Kerr to manage the affairs.

Such a move opens the Lib Dems up to sharp criticism, as many will see this as “navel-gazing” especially in the midst of a pandemic, a point alluded to in Cllr Green’s resignation statement. The Kingston Conservatives have already suggested that the Lib Dems are putting politics ahead of serving the community (here).

Under normal circumstances, the resignation would then lead to a vote at a meeting of the Full Council to confirm Cllr Kerr as Leader of the Council. However, these are not normal times and the April Full Council meeting has been cancelled along with all other meetings until the Annual Council on Tuesday 12th May.

The Annual Council meeting would be the earliest opportunity to confirm Cllr Kerr as Leader. However as is being seen by the current COVID-19 pandemic, nothing is for certain.

Local Council’s across the country are grappling with how they will ensure continuity during these stressful times.

Democratic oversight and proper governance in the decision making process is crucial at this time and therefore how this situation is handled to respect the democratic process while also ensuring the Council functions to provide vital services will be eagerly viewed across the country – after all, if it can happen in Kingston, it can happen anywhere!

Cllr Kerr has served on Kingston Council since 2018 and has a background in journalism, having worked for ITN, the BBC and Channel 4. The new leader represents the Canbury ward with a majority of 478.

Her most senior council position so far has been the Chair of the Kingston Town Neighbourhood Committee.

In April 2019 Cllr Kerr was under pressure following a report showing conflicting evidence to cut trees down was leaked. She has been described by the leader of Kingston Conservatives as ‘lacking in sound judgement’ in the wake of the announcement that she will take on the leadership.

It will be interesting to see how this transition is made, and how the administration cope with such a change at this moment in time.

We wish Cllr Kerr the very best of luck in her role  at this challenging time.