Sign up to receive the latest news, invites to events, and insight from industry leaders.

You can unsubscribe at any time by emailing [email protected]. To read our privacy policy, head here.

In conversation with Steve Quartermain – in association with Town Legal

Series two launching soon – a quick look back at series one

We’re pleased to announce that episode one of the second in our series of events featuring Former Chief Planner and Cratus Senior Associate, Steve Quartermain CBE, will be published in the next few days.

Before that launches however, we thought it would be good to look back to who Steve met during series one.

Episode one featured Steve in conversation with his final Secretary of State at MHCLG Robert Jenrick where they discussed the far-reaching impact that the then proposed planning reforms could have on communities, councils, and housebuilders.

Episode two saw Steve Reed, the Shadow Secretary of State, outline the opposing view of how the Government was approaching planning and decision making.

Episode three saw us escape politics for a moment – Gail Mayhew in her capacity as one of the commissioners who produced the Building Better Building Beautiful Report reflected that, ultimately it’s all about people, place and patient money. And marshmallows. This will be very relevant to those of you pouring over the National Design Codes that were published by MHCLG on 30th January.

The final episode saw Steve go head to head with Euan Mills – the conversation focusing on how, if planning as a service is to truly enter the digital world, will it properly cater to the needs of the sector, local authorities and local communities.

So get up to speed now and then settle down for series two; starting next week!

Brought to you by Cratus in association with Town Legal 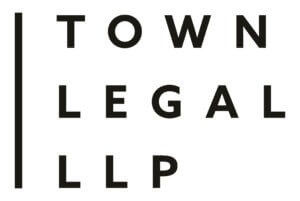